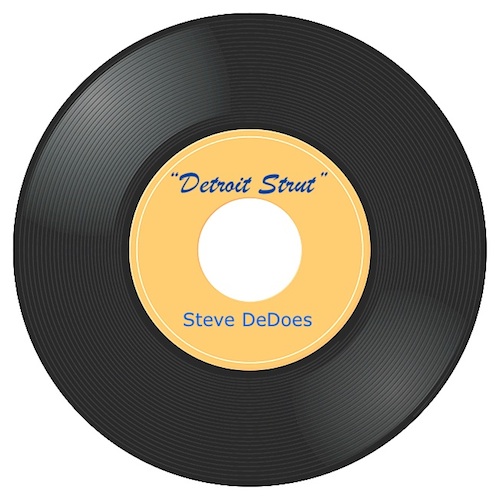 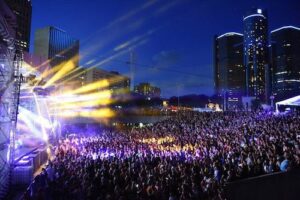 Imagine yourself (pre- or post-pandemic !) heading downtown to take in a game…or a show, or a concert…and hitting your favorite spots with friends before and after. You’re with fellow fans, on a cool summer evening, “strutting” on the crowded streets between arenas, venues, restaurants, and pubs…

“Detroit Strut” – a new, original, funk-jazz instrumental released by longtime Michigan composer, producer, and keyboardist Steve DeDoes – captures the salient layers of something we all remember, and can’t wait to experience once again.  This tribute track also taps the talents and musical contributions of some noteworthy Detroit jazz stalwarts.  The result is an infectious, upbeat piece that aims straight for the heart of the Motor City.

Renowned saxophonist Pete Kahn announces his presence with authority, with a captivating solo that leads the way into other creative musical invention.  Kahn then gives way to the extraordinary David Taylor, as Taylor’s drum improvisations move to the forefront, expertly navigating a series of arrangement twists with distinctive, polyrhythmic solo statements.   As the arrangement builds, musical conversations between Kahn, Taylor, and pianist DeDoes continue to add more excitement – and more soul – to the mix.  After the restatements of his melody, DeDoes’ piano “takes home” this energetic trip – as if traveling through the main streets of a great city.

Collectively, Kahn, Taylor, and DeDoes have likely performed on just about every block of the metropolitan Detroit area.  Throughout the past decades, they have been a part of countless major productions, as well as ad hoc combos and great recording sessions.  From riverfront festivals to clubs, from Orchestra Hall to churches, from Meadowbrook to Music Hall – these musicians have lent their talents to an incredible range and number of Detroit musical moments and presentations.  For his part, producer DeDoes has credits as a music director for a range of professional shows and venues, in addition to his large body of recorded work for commercial and artistic triumphs.  Kahn and Taylor have built their legacies as “first-call” sidemen and soloists; they are each at the top of the list of area and regional professionals for both stage and studio on their respective instruments.

In addition – they’re ALL fans of the local teams.  As lifelong Michiganders, continuing to live and work in the Detroit area, that means they identify closely with the fortunes of our Tigers, Lions, Pistons, Red Wings.  Moreover, these longtime members of the rich Detroit musical community share a deep loyalty to Motown, and the vibrancy that it has always had. The infectious “Detroit Strut” thus presents their feelings of being part of this city – its entertainment district, its nightlife, its events – and most of all, its people.

Note: “Detroit Strut” is one of the tracks on Steve DeDoes’ latest 2021 album release.  “Still A Player” is an eclectic, entertaining collection of some of DeDoes’ sports-related music over the years.  Theme songs written for athletic organizations, soundtracks to “Hall-of-Fame” presentations (you’ll have to check it out !), and captivating, impressionistic compositions derived from direct experiences comprise this unusual volume. Available on Apple Music/iTunes, Spotify, and more.

photo credits for this page: