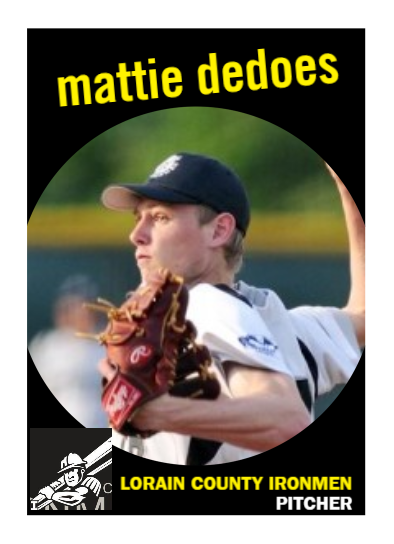 Back in the summer of 2013, Mattie & Steve DeDoes had a very meaningful honor – they were asked to contribute the music for a tribute video for the late Stan Musial, legendary baseball Hall-of-Famer.  Filmmaker Tim Reid created the video piece, which was first presented in Cooperstown at the 2013 induction ceremonies, in addition to its usage later in the year in a ceremony for Musial as part of the “Hot Springs (Ark.) Baseball Trail.”

Here is the video created by Mr. Reid – with music by the DeDoes duo.  Mattie (alto sax) is accompanied by Steve (piano) in a poignant rendition of “Take Me Out To The Ballgame” (Norworth/Van Tilzer):

(Note: the credit at the end has our website address incorrect !)

We hope that our listeners enjoy this – as another baseball season rolls out here in 2019. For both Mattie & Steve, baseball has not just been a pastime, but has been a commitment over a couple of lifetimes (more below). And therefore, for us to be asked to make a recorded musical statement, in tribute to the memory of one of the all-time icons of the sport, was something we will always treasure.

“StrongArm Satch & the All-Stars of Swing” provide you with another version of “Take Me Out To The Ballgame” – this one Dixieland-style !

(This recording was produced in 2003 as part of a multi-CD project for Move&Learn, appearing on the album “Hitting Your Mark”).

After an all-state high school career (2007-2010), standout collegiate career (2011-2014), and numerous professional coaching stops since those playing days, Mattie continues to coach AND play the game he loves.  Currently, he finds a little bit of time to pitch and play for the Cleveland Mets, – a top recreational team in Ohio comprised of many former college players (including some of his former teammates).  He coaches and instructs for the Lake Erie Warhawks, a top program for Ohio college-bound high school players, and does a little bit of work with his former Oberlin College squad, where he was a two-year captain for coach Adrian Abrahamowicz.

Steve continues as a coach (20+ years!) with the Michigan Sports Academy – a Michigan-based counterpart of the Warhawks. Mattie is himself an alumnus of MSA, and then he served MSA as a coach and instructor in 2014- 2016. Himself a former collegiate shortstop, Steve doesn’t try to *play* any more, of course (“and it’s getting harder to DEMONSTRATE how it’s supposed to be done,” he says, laconically). However, the intricacies of combining athletic and musical pursuits continue to intrigue the 58-year old. “There are so many connections between these two performance areas,” Steve says. ” I’ve always been amazed at how each discipline actually opens windows into the other. And, of course, I’ve also been able to watch that ‘play out’ with Mattie over his entire life.”